A wander through old-fashioned Ookayama

Melodies of 1960’s pop hit tinkle from the speakers along Ookayama’s shotengai (shopping street). A village-like area home to young students, families and older generations who grew up in the neighborhood, Ookayama has an easy ambiance to it — a small-town hush that makes it feel almost like a separate entity to the high-speed living of the city. 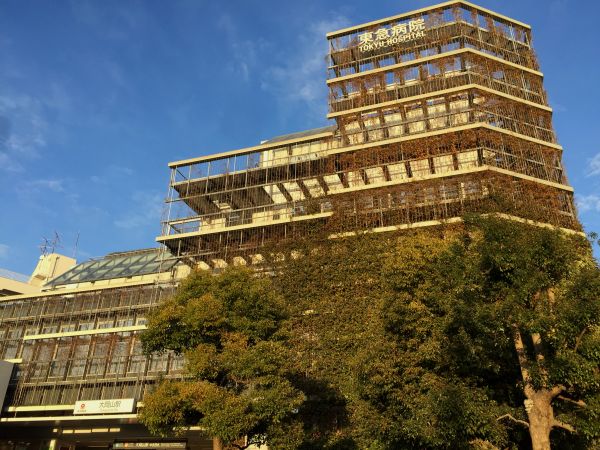 It’s surprising then that Ookayama Station is served by two busy train lines: the Tokyu Oimachi Line and Tokyu Meguro Line. It’s a stop on both lines’ express services, making it a popular commuter town. The station is built under the Tokyu Hospital, a stunning architecture draped in a green ivy facade. Although straddling the border between Meguro and Ota wards, the town of Ookayama is officially in Meguro. It’s not all about commuters though; Ookyama is home to the prestigious Tokyo Institute of Technology (Tokyo Tech), the largest university of its kind in Japan. 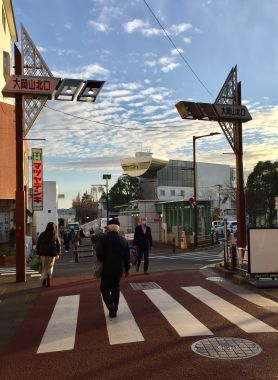 In the Meiji Era (1868 – 1912), Ookayama was part of the now-defunct Ebara Ward. The origin of the area’s name is unclear; some trace it back to the Okada family who once owned the land around the station. However, since the town is situated up high and contains many small hills, others simply attribute it to the topography; oo meaning “big,” oka meaning “hill” and yama meaning “mountain.” Either way, Ookayama is pronounced with an extra long “O” sound.

The Tokyu Meguro Line opened in 1923, creating a route that connected small neighborhoods on the outskirts of Tokyo. Today’s Tokyo Tech was relocated to Ookayama at around the same time, having been previously inaugurated at Kuramae, Asakusa Ward, in 1881. The development of Ookayama as a residential area coincides with Tokyo’s early 20th-century Garden City Movement, aiming to create desirable districts for commuters to live in. 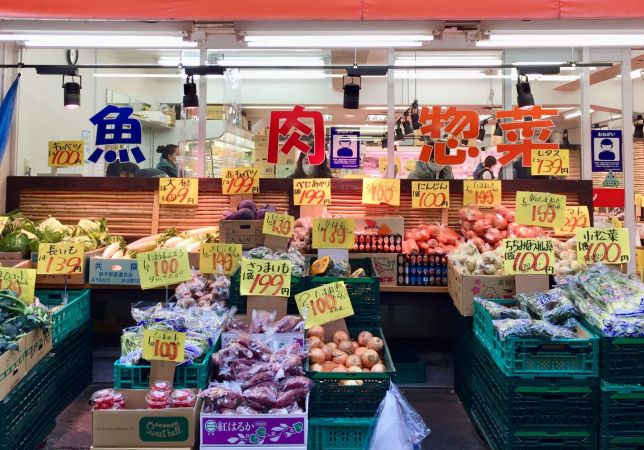 A typical yaoya (grocery store) storefront is packed is with a bargain of fresh fruit and vegetables. Photo by Rebecca Saunders

Opposite the yaoya, a Korean food store sells boxes of kimchi alongside all of the essential supplies needed to cook up Korean delights. Further along, a retro cafe lures people in with the heavy aroma of roasting coffee and the clack-clack of beans being tossed. Recently a spate of trendy independent eateries have been pumping fresh blood into the small streets, but there are many long-established businesses to sample too.

In fact, places to eat are never too far away in Ookayama. A variety of izakaya (Japanese pubs) and cafes keep hungry students and time-pressed commuters well fed — and topped up on coffee and highballs.

Love exploring the hidden gems of Tokyo? Check these out on Metropolis:

A five-minute stroll along the main shotengai which angles towards the station is Restaurant SAI. Decked out in simple wooden interiors, mood lighting and a small number of seats, the restaurant comes highly recommended by customers who rave about its organic dishes and wine selection. Further along, Yakan (やかん) is a more classic, casual izakaya where locals stop in for a couple of drinks alongside light snacks — the menu is cheap and the atmosphere is welcoming. 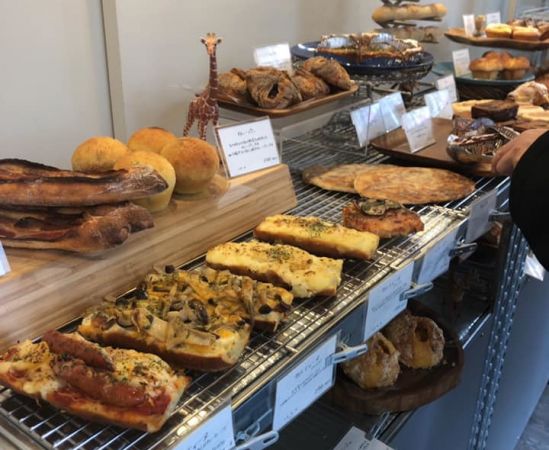 Bakery Contrast is a local favorite known for its baguettes, croissants and bread loaves

Here is where you’ll find Bakery Contrast as well. It’s a sleek modern store that not only specializes in loaves of bread and baguettes but also authentically baked croissants and other French treats. As a new-ish addition to the street, the glass-fronted shop is easily missed as there is no obvious sign, but it’s so popular that people visit the area just to sample its fuwa-fuwa (fluffy) bread.

Further up, the local izakaya Miyako serves up motsuyaki (grilled variety meats) alongside other dishes. It’s a quieter spot than you’d expect, with a mature atmosphere and affordable prices. Right next door, the new sake bar Shizuku has recently opened its doors. With its light wood and concrete floors, customers have to bow down in order to enter through its low wooden entrance.

Along from the university’s main gate is a more sedated shotengai that is home to a selection of timeworn businesses. It’s here that you’ll find Inagaki Kashiten, an old-fashioned dagashiya (traditional sweet shops). These much-loved childhood destinations are fading from Japan’s streets, but this is one of the few old-school establishments remaining.

On any given weekend, its small wood-clad interior is crammed with children happily crowding around arcade games, selecting their favorite snacks from the rows of jars and carefully counting out their coins. The owner chats to the children about their purchases, ensuring everything is organized, as she has done for decades. Shops like these are under threat, overshadowed by 100 yen stores and konbini (convenience stores), so Inagaki Kashiten is not only a nostalgic spot — it’s a place to see a slice of Showa era (1926-89) history in action.

Along the same street, away from the university, is family-run bakery Campanella (カムパネルラ). The small shop consists of only a window with a counter, but customers are easily lured in by the abstract wooden exterior and trays of freshly baked loaves of bread and cakes. There’s a myriad of irresistible treats to sample for a reasonable price; including milk bread sandwiches, apple cream ginger cakes and lemon cream danish pastry sprinkled with pistachio. The sandwiches with a selection of fillings are also a favorite. 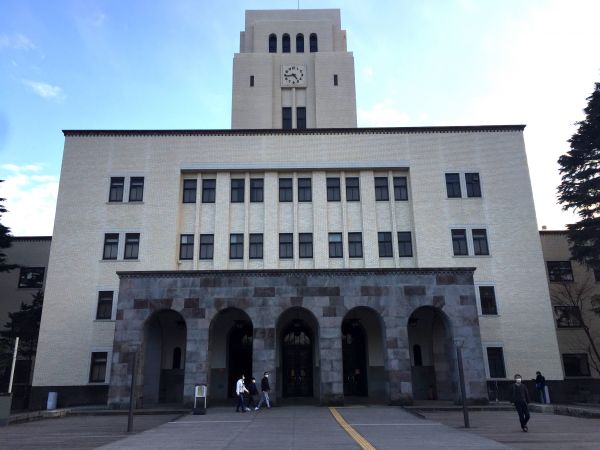 Ookayama Campus of Tokyo Tech is home to most of the institute’s undergraduate students. Photo by Rebecca Saunders

With its numerous hills and small suburban streets, picturesque spots to wander are never too far away in Ookayama. One of the best venues for seeing some nature is by taking a stroll through the grounds of Tokyo Tech. Sitting up high, the university campus is a collection of handsome grand buildings, Brutalist concrete structures and a steely futuristic tower at the main gate. From up here, it’s easy to catch glimpses of the city streets down below as they continue almost seamlessly to the edges of the mountains in the distance. Interesting at any time of year, like many places in Japan, it’s particularly pretty in the spring when rows of twisted old sakura (cherry blossom) trees color the main promenade pink. 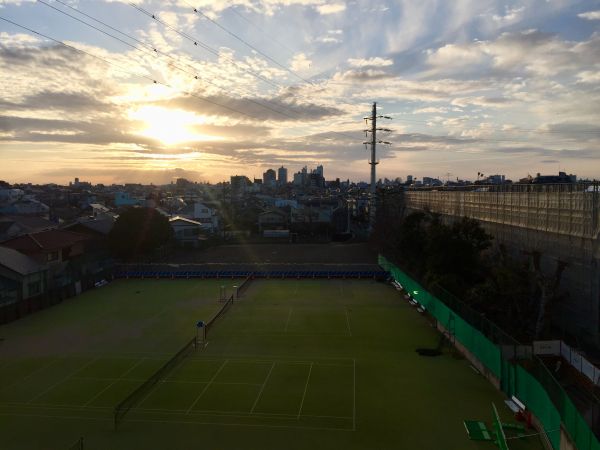 The greeneries allows locals to unwind in the bustling city of Tokyo. Photo by Rebecca Saunders

From here, there’s the option of continuing along the ryokudo (greenway) which connects Toritsudaigaku and Midorigaoka. The greenway was created when the Nomigawa river was covered in the 1950s and developed into a natural space where locals enjoy walks and practice sports under the sakura.

Another option is to continue walking downhill, through the university, or along the street that runs alongside it, to the serenity of Senzokuike, a large pond with a historic Buddhist temple and Shinto shrine. It’s also possible to make this walk a loop by following the “Sakura Trail” from Senzokuike all the way back up to Ookayama. Stopping off to pay a visit to Shimizukubo Benzaiten, a small shrine with a tranquil waterfall that feeds into Senzokuike, is a must before returning to the main shōtengai in time for dinner.

A combination of old-fashioned downtown charisma and modern conveniences make Ookayama an inviting place to live, but a visit is also a relaxing way to spend a day exploring a lesser-known part of the city. At first glance, it may seem quiet and unexciting. But as easygoing tunes wash over the shotengai, and residents trundle through the streets, there’s a feeling that visitors can easily slot in to sample the sights and sounds of this village within a city.

Check out the rest of our Heartlands series on Metropolis and discover more of Tokyo’s lesser-known neighborhoods: